Alessandra Troncone: ‘Kaunas’s identity is very visible through its architecture’ 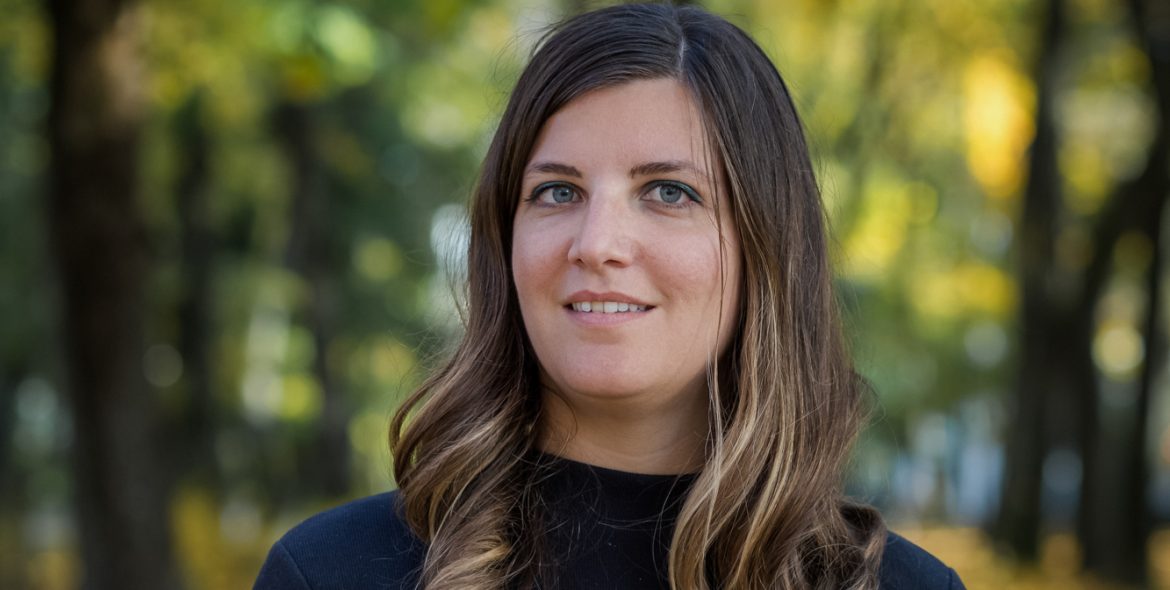 Italian art curator Alessandra Troncone is one of the five curators of the 12thKaunas Biennial AFTER LEAVING | BEFORE ARRIVING. Her practice focuses on projects in public spaces, and she believes that knowing the local context is important first and foremost when creating art in public spaces because only then art in public spaces will interest onlookers and will allow people to see the space from a new perspective. In the following interview, the curator shares her experiences working on public art projects and revealed where the curators of this year’s Kaunas Biennale sought common ground between local and international discourse.

You are the artistic director of program for contemporary art in Naples called Underneath the Arches. Could you tell us more about this site-specific project and its approach to the cultural heritage of the city?
The program Underneath the Arches, which Chiara Pirozzi and I run in collaboration with Associazione VerginiSanità, focuses on the dialogue between archaeology and contemporary art. Naples is a multilayered city that shows evidence of different timelines which often overlap. The Ancient Roman Aqueduct (Acquedotto Augusteo del Serino), where the program takes place, is located underneath a building from the seventeenth century, in the area Borgo Vergini-Sanità, which is itself undergoing a process of transformation. All these components are huge sources of inspiration for the artists we invite. We ask them to really engage with the city, the neighborhood and the archaeological site by creating new installations. Working site specifically is the only way to deal with a space that imposes a lot of restrictions but also represents a unique challenge. Therefore, the artists have the chance to discover the city and its incredible cultural heritage, while we see our own city in a different way every time that we research with an artist.

Would you agree that the work of an art curator, when it comes to exposing historically and culturally charged artworks which are very much connected to the place where they are located, is a bit familiar to that of the archeologist? Both must always dig deeper in order to see the full picture. How was it with 12thKaunas Biennial?
The methodology may be similar, but the subject of research is definitely very different. This is also the huge difference between a curator and an art historian. They both do research; however, the subject matter of the curator is very much alive, and it can also have a big influence on their research and practice while in the process. A curator needs to pay a lot of attention to the context in which they are working. Indeed, as the curatorial team of the 12thKaunas Biennial, we took time to first learn about the city, its history and its present life before even starting to talk about the concept of the exhibition.

How do you usually find subjects to work on in your curatorial practice?
I usually get inspiration from my readings, but I also pull from what I directly experience in my daily life. For my curatorial projects that take place in Naples, I usually search for the best way to connect the artist and specific locations in the city. I feel this is one of the most important tasks for a curator: creating the right connection between the project and the space, with the aim to promote both of these aspects together and to open up new possibilities.

The 12th Kaunas Biennial was based on a co-curation strategy, which you were already familiar with because of your previous projects. What do you think: are the pros and cons of curatorial practice based on collaboration? What was the process like here in Kaunas?
Co-curation is always very challenging but extremely inspiring. Despite the fact that everyone always needs to compromise on certain ideas, I believe it’s a very good way to learn more about your own practice as a curator. The constant discussion leads to being able to better describe your own ideas: if you are working alone, you only get the feedback of the audience at the very end, while co-curation gives you the opportunity to think everything over while in the process. Within the 12thKaunas Biennial, I personally really enjoyed the process also because, within the curatorial team, we all have a similar approach, and every debate was very fruitful.

This year’s biennial highlights the transitional period that Kaunas is facing at the moment as a city which has undergone very different experiences throughout history, in dialogue with others. How did you choose the highlights of Kaunas identity? And in what ways did you try to approach them in the exposition?
Kaunas’s identity is very visible through its architecture, so we decided to approach the exhibition by looking at the venues and specific paths in the city itself. Of course, it’s very hard to really engage with a city in such a short time, so I think focusing on the architecture was the right choice: it is still very visible and immediately recognizable, but it also allows us to go deeper into history while offering good metaphors about the concept and our curatorial practice in this context.

In one interview you mentioned that the hardest part about curating the 12th Kaunas Biennial was combining different contexts, those of Kaunas and abroad. How did everything fall together eventually?
I believe this is the real challenge of each biennial: keep the local context and the international ‘game rules’ together. In this respect, we gave a crucial role to the city of Kaunas, its history and architecture, and we invite Lithuanian artists, as well as those from abroad, to engage with it. The final outcome is a collective narration that draws from the local context and history, and expands itself into a more general and abstract topic that everyone can deal with. It’s a matter of finding the entry point, which in our case was exactly the history of Kaunas, and to use it as a starting point to involved both the local and international audience.

Part of this year’s Kaunas Biennial is located in public spaces. How do you think that shapes the perception of artworks?
Art in public space has a very relevant role in attracting those people (especially locals) who are not used to institutional art spaces. Which means that it can spark interest in contemporary artists’ practice, especially when it’s specifically conceived for that public space or city, and not just installed there. When talking about public art, I believe it’s very important to choose artists who are sensitive about specific topics or the history of the space in order to really develop a process that can eventually lead to different perceptions of that site. In my opinion, art in public spaces works well when it’s able to bring unusual attention to or encourage an unusual perspective on a place that is ‘hidden’ because of the routines of daily life. Highlighting a spot through art interventions is a great way not only to make people curious about contemporary art but also to encourage them to discover something new about their own city.