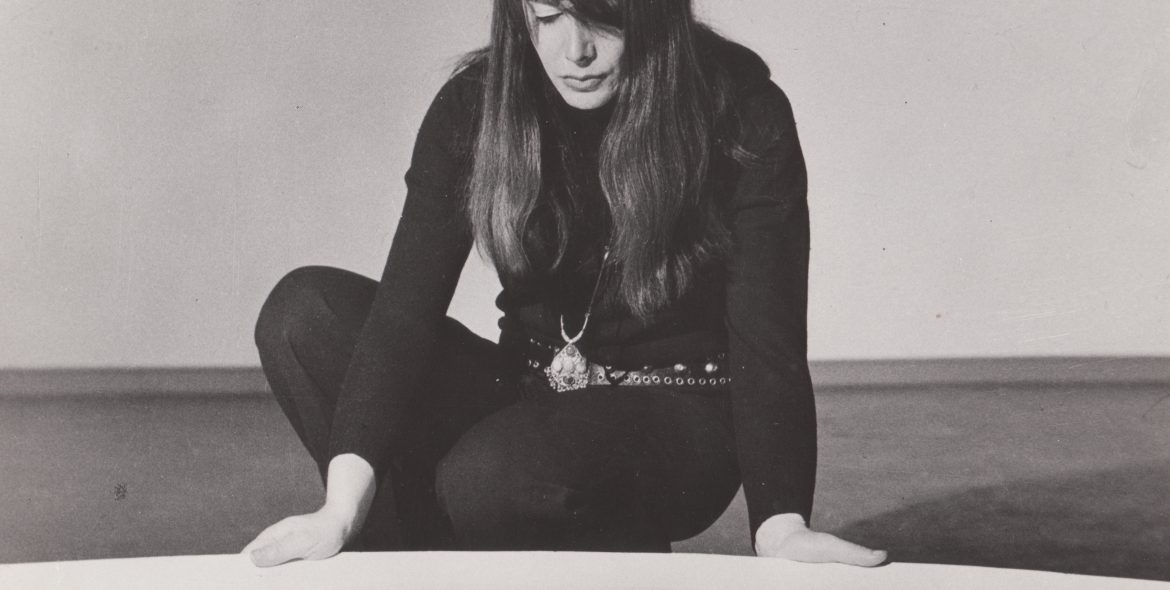 The artistic world of the Italian artist Laura Grisi (1939 – 2017) is a geometricized reflection of a reality that has moved away from earthly chaos. During her career of several decades, the artist was constantly experimenting: she painted, photographed, made sculptures, and produced films. She was also one of the first artists to have used neon lamps back in the 1960s. Grisi, who had studied the concepts of time and space, was constantly looking for ways to accommodate natural phenomena in galleries and to understand the limits of infinity. At the Kaunas Picture Gallery during the 12th Kaunas Biennial AFTER LEAVING | BEFORE ARRIVING, you will be able to see Grisi’s video artwork Measuring of Time, in which she aims for the impossible – to measure time.

Nature suppressed and fickle images
Laura Grisi was always fascinated by nature and its phenomena. The sun, the wind, and the water are just a few subjects, which were beloved by the artist, of her minimalist installations. However, as Grisi herself said, she did not want to turn natural phenomena into objects but rather to restore their experiences. Therefore, her nature representations are suggestive and not typical. Grisi created rain and wind rooms and recreated a sunset and a fog in galleries. Nature-imitating works allow the viewer to dive into a meditative world where everything works according to the best laws of nature. However, this is not the only way Grisi can draw a viewer into the artistic process. At an early stage in her career, she started to create the Fickle Paintingsseries. The paintings consist of several flat surfaces that the visitors of her exhibitions can move and change the places of, thus constructing a desired image and its meaning. Such practices aim at involving the viewer thoroughly, turning them into an active perceiver of these works or even engaging in dialogues with them. It was these practices that helped create Grisi’s unique artistic expression, which distinguished her from others and helped to construct, worldwide, representations of mathematically accurate but open-minded experiments and changes.

The dimension of infinity: Laura Grisi at the 12th Kaunas Biennial
A woman sitting in the desert slowly counts individual grains of sand. This is the plot of one of the most memorable video artworks that Grisi created in the 1960s. The work will soon be available for viewing at the 12th Kaunas Biennial AFTER LEAVING | BEFORE ARRIVING. Its theme explores travel states and the concept of changing identity. This suggestive video artwork, with its meditative aesthetic, subtly reveals the feeling of disorientation experienced in the endless and timeless space or simply in life – the never-ending waiting and standing in one spot, an intermediate state that exists after leaving and before arriving.