This summer, the Kaunas Biennial invites you on an unforgettable journey 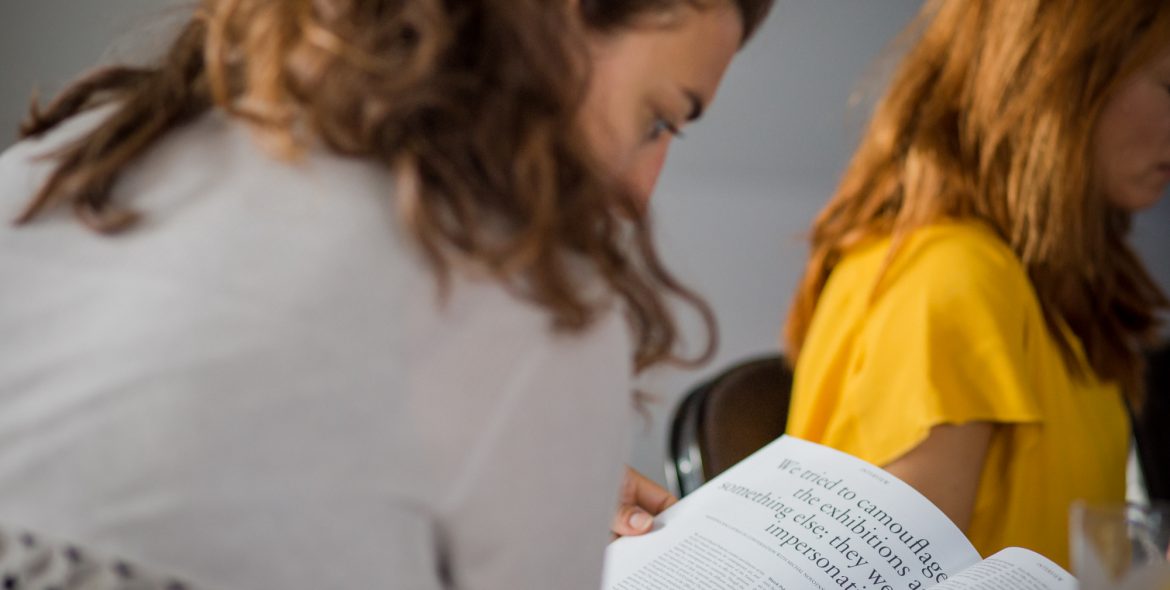 The upcoming 12th Kaunas Biennial AFTER LEAVING | BEFORE ARRIVING, like the distant rumble of a puffing train, will encourage everyone to embark on a journey that will start on June 7 and continue until September 29. The works, research, and installations of twenty-six artists from all over the world, presented at the Kaunas Railway Station, Kaunas Picture Gallery and other various venues of the city, will invite people to enjoy a summer full of experiences. Maps will be available at the information centers, and professional guides will be responsible for your routes.

The works of Kaunas Biennial artists exhibited in the railway station and at its approaches will draw people into a slightly different journey than usual. Installations, video and other types of artworks will be found in the station’s waiting room, at its approaches and in wagons set up specifically for the exhibition. The work of Ukrainian artist Mykola Ridnyi, created specifically for Kaunas, will attract with its scale and story. The installation, which consists of huge ceramic vases settled near the entrance of the railway station’s building, will allow visitors to look deeper into the history of Kaunas through a small eyehole. With her work Circular Road, Russian-born artist Taus Makhacheva will urge people to explore a confrontation of cultures and the Soviet period. This installation illustrates and criticizes Russia’s objective to show its power through ambitious projects and draws attention to the complex and multilayered political relationship between Dagestan and Russia.

Four freight wagons located on one of the station’s platforms will also be turned into art venues. The new project of Lithuanian photojournalist Artūras Morozovas about the guarded level crossings of Lithuania will be exhibited in them. British artist Tamu Nkiwane’s work Blue Plastic– specially tailored for Kaunas – will invite visitors to explore different cultures through an installation consisting of everyday objects. The wagons will also feature video works by artists Balint Szombathy and Aslan Gaisumov.

Lithuanian contemporary artist Robertas Narkus is planning to set up a non-traditional gazebo made from the lights of the Vilnius Airport runaway in one of the city’s public spaces. In addition, Vilnius-based artist Andrej Polukord, the head and art director of the Uberall Gallery, will invite visitors to an unusual gallery located in an underground passage and act as a tour guide during the Kaunas Biennial.

The Vytautas the Great War Museum will host a studio for painters. About 15 local artists invited by Slovenian artist Jasmina Cibic will create a portrait of modern Europe. Cibic, who will present her new work, is exploring the questions of national representation, national identity development and gender equality in art and architecture. The unexpected interaction between the Vytautas the Great War Museum and the M. K. Čiurlionis National Art Museum will be extended by Lithuanian artist Deimantas Narkevičius’ work Visiting Solaris.

Kaunas Picture Gallery will become one of the main exhibition venues of the Kaunas Biennial. The works of ten artists will be exhibited here, including the artwork of German photographer Johanna Diehl, created specifically for Kaunas. While in Kaunas the artist researched and captured images of former places of gathering in the city through the use of analog photography. She will combine past and the present details of former cinemas, synagogues, churches and other places in a joint installation.

A summer full of action

The opening weekend of the 12th Kaunas Biennial AFTER LEAVING | BEFORE ARRIVING – June 7-9 – promises more than an unusual exhibition opening, which will extend from Kaunas Railway Station to Kaunas Picture Gallery. Visitors will also be able to see performances at the Kaunas Railway Station, Kaunas Picture Gallery, Kaunas Artists’ House and the Vytautas the Great War Museum and join guided tours on the Biennial route. Alongside the Kaunas Biennial, projects by Ana Kovačić from Croatia and Sonja Jo from Serbia – the artists behind the Magic Carpetsproject financed by EU Creative Europe – will be presented in Šančiai, the Tadas Ivanauskas Zoological Museum and Obelynė Park in Akademija. The exposition, which will run throughout the summer, will invite you to visit the artworks, participate in an educational program and enjoy excursions with professional guides. The Kaunas Biennial team has prepared several tours on different topics so everyone will be able to find a story that interests them. The 12th Kaunas Biennial will take place from June 7 to September 29. More information on www.bienale.lt.