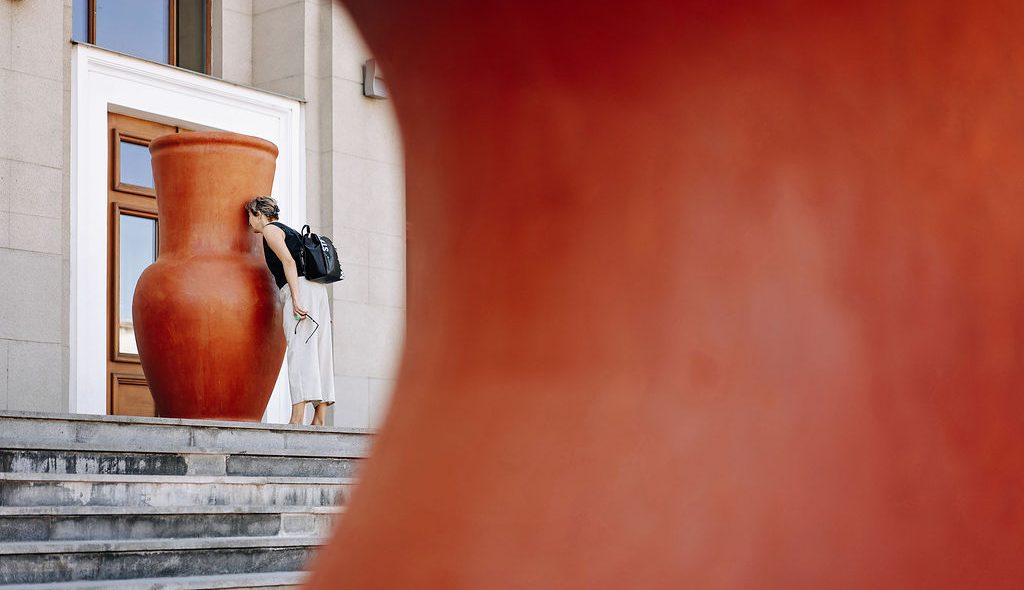 Commissioned for the 12th Kaunas biennial ‘After Leaving | Before Arriving’ artwork ‘Lost Baggage’ by Mykola Ridnyi till the end of January is exhibited in Vilnius, at the courtyard of  Lithuanian Theater, Music and Cinema Museum.

Mykola Ridnyi (Ukraine, 1985) works across media ranging from early collective actions in public space to the amalgam of site-specific installations and sculpture, photography and moving image which constitute the current focus of his practice. In recent films he experiments with nonlinear montage, collage of documentary and fiction. His way of reflection social and political reality draws on the contrast between fragility and resilience of individual stories and collective histories.

The 12th Kaunas Biennial commissioned Ridnyi to create this new project, called Lost Baggage. It is inspired by the figure of Esther Lurie, a Jewish artist from Kaunas who made a series of drawings that show the characters, life conditions and streets of the ghetto. In his installation, Ridnyi hides Lurie’s images in five human-size ceramic pots, and they only become visible through a peephole.