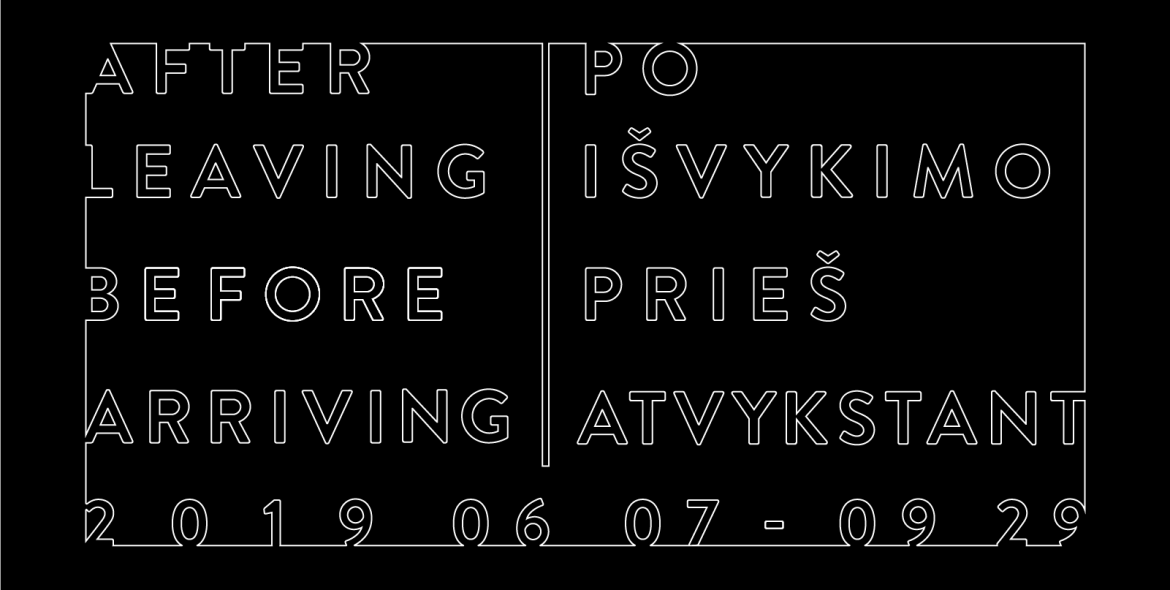 On Tuesday 9. April 2019 at 7 pm, Kunstverein München will host a launch event and discussion in anticipation ofthe upcoming 12th Kaunas Biennial: AFTER LEAVING | BEFORE ARRIVING, which will open on 7 June 2019 in Kaunas, Lithuania. Curator Daniel Milnes will present the concept for the exhibition, sketching out the history of the city, the role of the biennial for the local cultural ecology, and the aims of the upcoming exhibition. Afterwards he will enter into dialogue with Lithuanian artist Robertas Narkus, who has been commissioned to create a new project specially for the Biennial. Both willthenjoin Kunstverein Münchencurator Post Brothers, to discuss the situation of contemporary art in Lithuania.

For its 12thedition, Kaunas Biennialhas assembled a team of five emerging and international curators: Elisabeth Del Prete (London), Daniel Milnes (Berlin), Lýdia Pribišová (Bratislava), Neringa Stoškutė (Kaunas), and Alessandra Troncone (Naples). The exhibition explores the journey as a metaphor in the context of the burgeoning cultural identity of a city with a complex past. Over the course of recent history, Kaunas has been caught in a state of political flux, transitioning from one regime to the next. Even during its prosperous twenty-year phase as capital city after the Polish annexation of Vilnius between 1919 and 1940 Kaunas remained in waiting, set to regain its status as second city after the liberation of the former capital. What followed, however, was occupation by the Soviet Union, then Nazi Germany, reoccupation by the Soviets, and finally the declaration of Lithuanian independence in 1990 with the country becoming a member state of the European Union in 2004. This chain of events restored not only Lithuanian national sovereignty but also the status of Kaunas as second city with the stubborn moniker “temporary capital”. This perpetual change has shrouded the city in a collective amnesia fueled by discrepant lived experiences across the different generations. Now, looking forward to its tenure as European Capital of Culture in 2022, Kaunas seeks to carve out a unified path to the future on its own terms, mythologizing its troubled past in order to write new narratives for the present. AFTER LEAVING | BEFORE ARRIVING takes the story of Kaunas as its point of departure to examine broader notions of passage, transition, reorientation and repair in the context of individual experience and intergenerational structures. For his contribution to the biennial, Robertas Narkus will appropriate disused landing lights from Vilnius Airport to create a sculptural pavilion that will serve as a social hub in the central Ramybės Park for the duration of the Kaunas Biennial. Narkus will discuss the challenges involved in initiating socially-driven projects and his plans for Kaunas.

Robertas Narkus (b. 1983, Vilnius)describes his practice as ‘management of circumstances in the economy of coincidence’. He utilizes a variety of techniques, strategies, technologies and collaborations, bringing together the ordinary and the absurd to explore notions of sovereignty, economy, desires and obsolescence. Narkus is one of the founders of Vilnius institute of Pataphysics and experimental engineering camp eeKūlgrinda.In 2016 he also established Autarkia, an artist run space/artist day center in Vilnius. Recent exhibitions include solo shows at: Editorial project space Vilnius, Contemporary Art Center Vilnius, KIM? Riga, “Neverneverland” gallery Amsterdam and Juliette Jongma gallery Amsterdam.

Daniel Milnes (b. 1989, Leeds) works as assistant curator and publicationsmanager on projects for Hamburger Bahnhof – Museum für Gegenwart –Berlinand is co-curator of the forthcoming 12th Kaunas Biennial. First studies in Slavonic languages and literature continue to inform Milnes’ curatorial practice which investigates how the feeling of disorientation underlying contemporary existence globally intertwines with the specific sociopolitical realities of nation-building in the New East. From 2017 to 2018 Milnes was part of the curatorial team at Haus der Kunst, Munich.Recent exhibitions include a solo show with Agnieszka Polska titled “The Demon’s Brain” at Hamburger Bahnhof; the thematic exhibition “Blind Faith”, a solo exhibition with Polina Kanis, and a collation of video works entitled “Again and Again”, all at Haus der Kunst.