Bálint Szombathy: ‘I do not offer ready-to-use recipes because I am not a politician but an artist’ 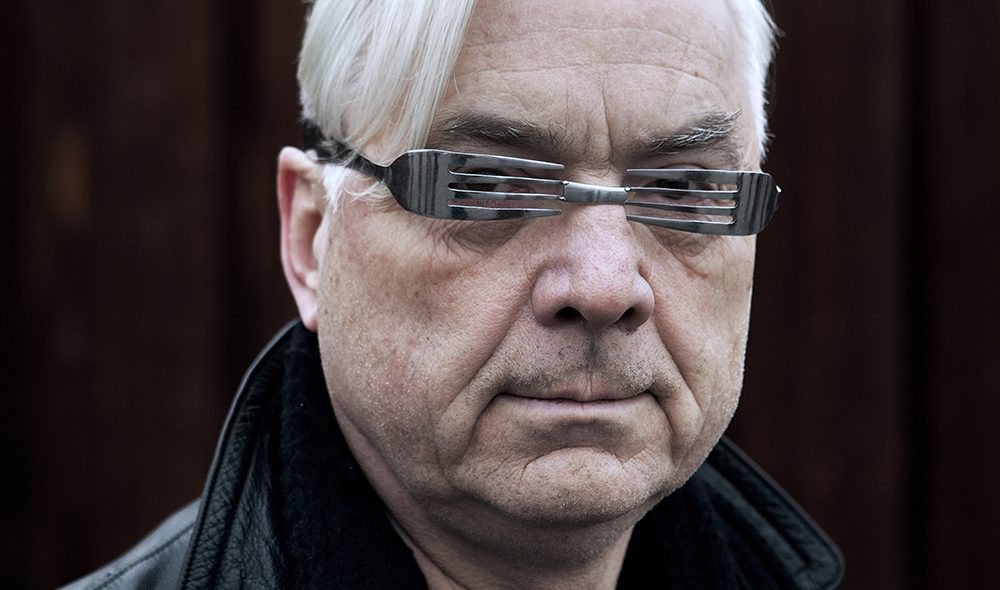 The body of work of Bálint Szombathy, an artist from the autonomous province of Vojvodina in Serbia, is political and brave. The artist, who began his career in difficult and politically exceptional circumstances, does not lack irony, even then he works on very complex socio-political issues and touches on sensitive topics. In the following conversation, the artist shares his thoughts on his artistic mindset, the walls dividing the world and the video work that is now being showcased at the 12th Kaunas Biennial AFTER LEAVING | BEFORE ARRIVING.

You created Szombathy art t-shirts in the 80s that stated that your art consists of ‘manifestos, statements and other follies’. How would you describe your artistic practice from today’s perspective if you were about to create another t-shirt?
I borrowed the text used for the t-shirt from an American arts magazine in the early 1980s, a ready-made text, with its mood corresponding to the zeitgeist of the era. It also suggested that art should not always be taken seriously. Regrettably, such an air of light-heartedness did not last long, as by the end of the decade, the symptoms of what were to lead to the breakup of Yugoslavia were already palpable, and we were up to our eyes in political-historical events.

The situation is not much better today either. Other parts of the world witness similar events like what happened in the former Yugoslavia in the 1990s. Other people experience the same things even today. So, the text for a new t-shirt would be written in the spirit of compassion.

Most of your works are politically charged. When did you first become interested in politics and why? Do your artworks stand out more as political statements, or are they rather open questions?
I was 17‒18 years old at the time of the Vietnam War and the Soviet invasion of Czechoslovakia. These events had a deep impact on my forming consciousness and made me sensitive towards socio-political issues. When I examined pop art more closely, I realised the strong relationship American people had with their national flag; it’s almost fetishistic. I moved in the opposite direction: I deconstructed the Yugoslav flag. Of course, it was considered a crime at the time, but I was extremely cautious, not giving these works public visibility until as late as 1990. The flag has remained a recurrent topic in my work ever since.

Political attitude, amongst many other things, has a continuous presence in my works as an independent system that embraces resolute personal stances as well as open questions. I do not offer ready-to-use recipes because I am not a politician but an artist.

Your performances with placards such as Lenin in Budapest(1972) or Remember(2010-2011) took place in a public space and because of their provocative nature must have caught some reactions from passers-by. While performing Lenin in Budapestyou were walking along the streets of Budapest, Hungary, carrying a placard with an image of Lenin, first head of the Soviet state. In Remember, you became a walking placard with flags of the three former socialist countries Yugoslavia, Czechoslovakia and the  USSR around cities in Slovakia and Italy. What were your encounters with passers-by like? Were you deliberately seeking people’s reactions, or was it just something that naturally occurred?
Actually, Lenin in Budapestwas a secret photo-performance. I had to make it so that it would not attract attention because the streets were overrun with secret police. Solicitating direct contact with passers-by was out of the question.

The action Remembertook place under entirely different circumstances and triggered varying reactions in the East and in the West. In Nové Zámky, Slovakia, I encountered spontaneous responses, such as “those were better times than what we have now”. In Venice I played the role of a human billboard right at the opening of the biennale, and I even visited the pavilions with the billboards. Reactions differed inside the biennale area and outside it, where I was not surrounded by an arts audience but by people on the street. As opposed to expressions of disapproval in the streets, I was given an ovation when I appeared in front of the local office of the Italian Communist Party, where I was even offered some wine so that we could raise our glasses together in memory of the Soviet Union.

Besides being an artist who actively questions the relationship between linguistics and visual signs, you’re also an author of several studies on the subject. Could you tell us more about semiotic research in your work? How did it all begin?
I became engaged in visual semiology at a very early age, in the beginning of the 1970s, when the field of structuralist linguistics was flourishing throughout Europe. Walking in my home city, I took notice of patches, graffiti or empty places remaining from former signboards on the crumbling walls of dilapidated buildings. I also encountered interesting phenomena that only remained visible for a few days, such as thick electric cables sticking out of holes in buildings and ‘mosaics’ of colour samples painted on exterior walls of buildings to try out the right shade. I photographed them and stated, ‘These are my sculptures, and those are my paintings’. I must add that I have never been engaged in sculpture or painting as an artist.

Subsequently, I extended the range of this topic to the ripping and tearing and repainting of posters, as examples of how meaning becomes annihilated and how it transforms into a sign. This is another separate branch of my work; I have continued to collect intriguing finds that I may have stumbled upon ever since. My exhibition called Signs of the Cityhas been showcased in Budapest; Sfântu Gheorgh, Romania; Zagreb, Croatia; and Ljubljana, Slovenia. At present, it can be visited in Pécs, a town in southern Hungary.

Deconstruction of images or certain symbols plays an important role in some of your artworks, whether it’s the use of misprinted Yugoslavian flags as in your photo-performance Flags(1972) or taking advantage of distorted newspaper images in the exposition Telephotography(1980). Why do you find distorted images interesting?
Deconstruction is a means to leave a given linguistic state and enter another one, departing from the given reality to enter another dimension, another possible reality. This is practically a critical manoeuvre which expresses the extent to which we are not satisfied with the things surrounding us. We may merely consider it as a pure linguistic experiment to demonstrate that language cannot be destroyed; it can only be changed from one form to another. The question always remains the same: what exactly are the causes that trigger a gesture of deconstruction?

Your video called Breaking-Through(2007), now showcased at the 12th Kaunas Biennial, derived from a private ritual that you developed over the years. Could you tell us about the idea behind this video?
When, owing to the European Union, we talk about the dismantling or permeability of borders between countries, it is always a perplexing feeling to look back upon the practice of the past, that is, strict border patrol, when you were asked: where are you going, who are you staying with, how long are you staying, how much money do you have on you? These are old reflexes that linger on in we Eastern Europeans.

As a citizen of the former Yugoslavia (and a member of the Hungarian minority there), I witnessed both the loosening up of European borders and the establishment of new ones in the Southern Slavic region. The latter made me feel concerned and sad. Even during the  Yugoslav Wars of the 1990s, I frequently travelled abroad to visit arts events, and I often had to queue for 9–10 hours for a visa, which gave me time enough to reflect on and hate the existence of borders.

While travelling, it became a regular practice of mine in about 2000 that as soon as the train approached the border between Serbia and Hungary, I went to the toilet, filled up the bowl with urine and at the right moment flushed the toilet bowl. I did so for years simply as a personal ritual that no one knew about, until in 2007 I decided to shoot a video of the act. I also made a performance based on this video, which I showed at a performance festival in Hong Kong last October.

This year’s Kaunas Biennial explores the notion of the journey. What was the most significant journey in your life so far? And what was the most challenging ‘border’ that you’ve happened to come across?
It’s not easy to pick a single journey. During the Tito regime in Yugoslavia, we had a ‘world passport’, granting us the freedom to travel anywhere in the world.

A border crossing comes to my mind, though, as the most humorous of them all: in 2009 I flew from Toronto to Cuba. In Toronto, I bought a box of ginseng ampules to use in Cuba as dietary supplement. My son and I were the last ones in the queue waiting for passport control. I was asked to open my luggage with the ginseng in it. They had probably never seen such thing before, so they asked me a hundred questions and examined the ampules, and finally a doctor was called to check them. I had to explain for the umpteenth time that they were not explosives and I did not intend to blow up anything; they only contained a plant extract that was beneficial for my health. Eventually, they did not confiscate them.

The group with which we had travelled from Toronto had been sitting on the bus for a long time, and they were anxious about the delay. When we finally arrived at the bus, we found the driver standing in the bus doorway. My son asked him if he may possibly smoke a cigarette before leaving. The driver nodded his assent and took his time to light a cig himself. Well, you should have seen those faces leering through the bus windows.