12th Kaunas Biennial artist Ieva Epnere: ‘I like to leave some space for the spectator’s imagination.’ 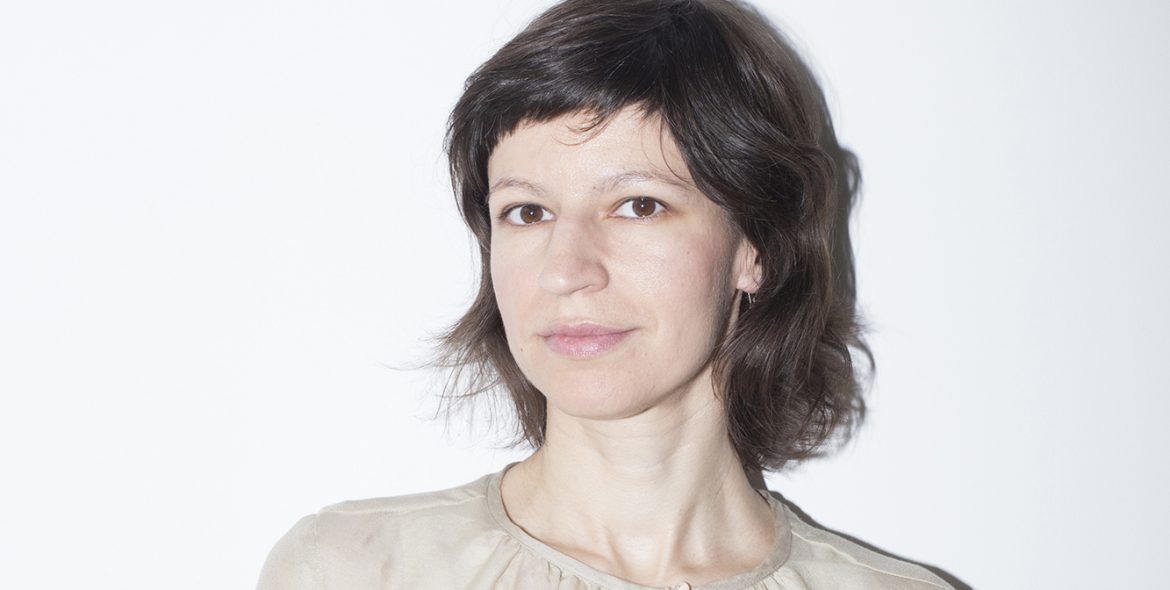 Ieva Epnere is a Latvian-Russian artist that often discusses the complex themes of identity and its crisis in her body of work. By subtly connecting autobiographical elements and the experiences of other people living in a close environment, Ieva explores the overlapping points of individual and collective memories. In the following conversation, the artist shares her thoughts on travel, sources of inspiration, and the sensitive video work presented at the 12th Kaunas Biennial AFTER LEAVING | BEFORE ARRIVAL.

Through your artistic practice, you reflect on identity, tradition and ritual. How do you choose subjects to work on?
Quite often this is a result of some coincidences or situations I have witnessed and that led me to new ideas for my work. I’m interested in the subject of identity, I think, because of my own situation – I am half Latvian, half Russian. But I would not say that my work always reflects on tradition or ritual. Some of it yes, but as I said earlier, this happens only in particular cases. For example, in 2013 I made a work which was titled Extreme Fugue for One Voice: Laima. Back then I had been working for 10 years in a professional musical school called Riga Dome Choir School as a visual arts teacher. My class was located near the class for solo lessons. So, I used to hear a lot of difficult lessons and voice training classes, and I was always interested in doing something about it. Laima Ledina, one of my first students, had a very special, wide-ranging voice. Later, I learned that her classmate Evija Skuke, who at that time already had already gone to study composition in the Music Academy, composed a piece especially for Laima. I decided to invite them to cooperate and create a new work. It was about ritual, practice, and the results of hard work.

Some of my works develop over a longer period of time because I have research to do, and sometimes I just wait for the right moment. Also, sometimes I am invited to work on specific subjects and themes.

While working on difficult historical subjects, what is more important to you, to maintain documentary-like accuracy or to leave some room for personalized points of view as an outcome of individual memory?
In my recent works, I have been trying to be more abstract. While the backbone of the work can be documentary-like, the result as the visible part of the work is usually more abstract and sometimes symbolic. I am not a historian or documentarian, but I like to use historical events or facts as a starting point for my work. I also like to leave some space for the spectator’s imagination and not to tell too much. I wouldn’t like to become didactic.

Very often, within the exhibitionary framework, you tend to materialize images that you capture in your photography and video work by transforming them into textile-based pieces of art. Why?
I have a BA degree in textile art, and I think that the love for this material will always be with me. In my recent works, I have tended to return to the material, and I even dream of making an exhibition with tapestries only.

For my exhibition Sea of Living MemoriesI made a tapestry from one of the stills from my film POTOM. I had this very strong need to do something with my own hands, to touch the material. Also, for my work about the town of Pyramiden, I printed photographs onto silk and then made objects out of them.

Landscape plays an important part in most of your works. For example, the sea is often present in your photographs and videos. Is it just an aesthetic artistic solution or does the landscape stand for something more significant?
I was born in a town called Liepāja, which is located by the sea. When I was little, I could see the Baltic Sea from the balcony of our home. It was only five-minute walk away. I am sure that this had some influence on the way I think and on my work.

In the 12th Kaunas Biennial you’ll be showing your video film Potom(Later) which was created in 2016. Could you tell us a little about this film?
Potomis a part of a larger project called Sea of Living Memories, which consists of six documentary stories told by people who lived in places located on the coast of Baltic Sea, which, in Soviet times, were restricted zones. Potomis a docufictional film. The creation of the main character was based on interviews with former military servants. I have created a kind of symbol for a non-citizen/former navy officer.

Your mother is Latvian, while your father is a Russian former Soviet military officer. When talking about the complicated Soviet legacy in Latvia, how, do you think, does your personal background effect your way of seeing it?
I am sure that my personal experience has an effect on many things, on how I see the world and how I understand difficult topics related to our recent past. I think this experience helps me to understand both sides and not to judge anyone strictly. I think that this is what often happens: people tend to see things mostly in black and white.

The main character in Potomwas played by Ģirts Krūmiņš,a Latvian actor.Why did you choose to work with a professional actor and what was the process like?
We have the famous New Riga Theater with its great actors. I often go there to see plays, and I have seen many performances with those actors over a period of almost 20 years. Therefore, I already know what roles they can play best. When I started to work on Potom, from the very beginning, I had the idea to work with an actor in order to create the main character as an abstract, rather than concrete, figure. Ģirts Krūmiņš was my first choice when imagining who could play this role, and I think it was the right choice. It was my very first time working with a professional actor. We had a very good­ collaboration. The entire film crew was great, and I have wonderful memories from that time.

This year the Kaunas Biennial explores the notion of the journey as a metaphor for the changing cultural identity of the city as well as its people. What journeys are important to you?
I have been lucky to travel to very special places because of my work. My first artist residency in 2006 was in Iceland, and it had a lot of influence on my artistic practice. Also, in 2014 I was invited to work on Fogo Island, Newfoundland, and Svalbard. It was a very special experience as well, since I was staying and working in Pyramiden, a place with no telephone and internet connection. The time that I spent there was a great treasure which I still keep in my memories. I realized that I like to travel alone and to be in remote places despite being a very communicative person.