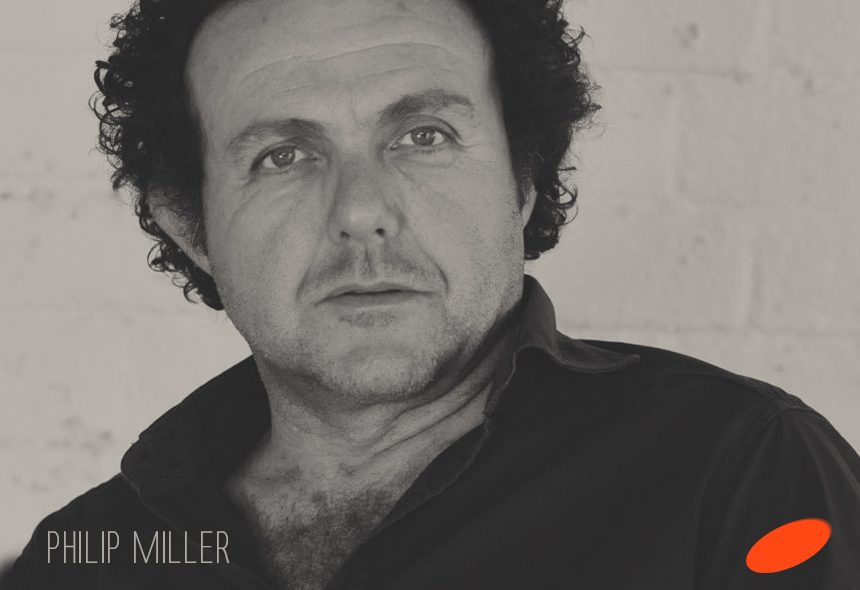 The well-known South African artist Philip Miller makes music for films, theatre and sound installations, and is famous for his experimental working techniques and musical collages. His music is extremely complex and has many layers, is rich in different sounds and cultural contexts and often involves the telling of a story or stories. In the following conversation with the artist we discuss his somewhat unique working methods and the way they shape the stories within his music.

As a composer, you’re extremely versatile, creating music for films, theatre and sound installations. How do all these different experiences influence your style? Do all of these different genres ever interact with one another, or are they always strictly separate?

I’m interested in the place where sound and other media meet, in shifting meanings and the emotional responses that are evoked from this process. Music combined with the moving image is a good example of how the viewer is so acutely attuned to its affect and how it changes the way images are experienced and read. When creating sound for any media, while each may demand different formal processes from me, they never feel mutually exclusive. My practice still brings me to the many fundamental elements of how we listen to sound such as how low or high the pitch is, its loudness or softness, its rate of change, how sounds relate to each other etc.

Where do you find inspiration for such disparate activities and what subjects do you find engaging as an artist?

I’ve lived most of my life from childhood into adulthood in South Africa and this has greatly affected my development as a sound artist and composer. During the years of Apartheid, the many voices of those who fought against it were repressed and it’s only in the last two decades or so since the change to democracy in 1994 that these lost sounds and unheard narratives are now re-emerging. My work seems to constantly return to re-imagining and reconstructing both recorded and unrecorded stories – stories most often found in public archives but also in people’s intimate histories – so that I can draw out new possibilities in the way we listen to them.

Most of your scores are collage-like and contain various sounds that aren’t ordinarily heard together. Could you tell us a bit about your working techniques?

The making of a new work sometimes begins with an unsought or unexpected fragment of sound I’ve heard, but other times I’ll draw upon a passage of text or the sound of a word or a spoken idiomatic phrase. Many of these sources are captured from the internet, although I’ll also physically place myself in urban environments where I can absorb and record the sounds and noises of the city. This city soundscape of Johannesburg, where I’ve lived for much of my life, is filled with a multitude of sounds which speak to different cultures, narratives and political histories. Often the sounds are layered over each other, traversing different musical traditions producing collisions of interwoven sound collages. At the same time, I focus on the treatment of the sound embodied in the recording, manipulating and transforming a sample by speeding it up, or slowing it down. What interests me is the acoustic architecture of sound in space, from reversals of sound direction to varying degrees of reverberation.

Back in 2009 you created an installation called ‘Looking for Kovno’ for the Kaunas Biennial in which you used recorded telephone conversations with Holocaust survivors and incorporated them with the sounds of a local Lithuanian choir learning how to sing an old Yiddish folk song. How did the idea to create this come into your head, what was the process like and did it help you ‘find’ Kaunas yourself in some way?

In ‘Looking for Kovno’ I was interested in exploring the power of learning another language (in this case, Yiddish) to stimulate a conversation about a historic past which is largely not known or talked about by generations of Lithuanians. The process for each singer to learn the Yiddish lyrics, of the voice literally forming each word, listening to the correct pronunciation, finding the distinct sonorities of the melody, physically singing out these sounds from within the body, and then finally when learned, singing with each other, seemed to open up a space within which they could talk freely with each other about the history of the Lithuanian Jews. Working with these singers to break this silence with a Yiddish song also helped me understand how the unspoken or unacknowledged history of the Holocaust is reflected and reinforced by the few traces of the rich and diverse lives of the Jewish Lithuanians who once lived in Kaunas.

This year the Kaunas Biennial will be based around public and site-specific art. What’s your personal opinion on public spaces? What do they stand for today, and what possibilities do they present in the context of today?

There’s a view that the gallery or museum can be viewed as ‘elitist’, as a discreet private space which doesn’t encourage members of the public to access ‘art‘.

Whilst I’m not always convinced that art in public spaces automatically engages with everyone, as a sound artist and composer, working within public spaces has always been an important part of how my work is experienced. In the past, the geography of Apartheid prevented most black South Africans from entering cultural spaces, which were reserved for white people. This forced them to both create and listen to music mostly in public spaces, whether at a religious gathering, a political protest or a funeral procession. So making a sound work in a public space feels like a very natural way of how music is often heard, both collectively and individually. The many different new technologies (from Bluetooth to wireless) which are now available open up a multitude of ways in which sound can now be experienced by the listener in a public space.

Could you tell us a little bit about what people might expect to see and/or hear from you at this year’s Kaunas Biennial and why it’s worth visiting?

‘Ikh vil nit visn – Nenoriu žinoti – I don’t want to know’ will be a series of intimate soundscapes installed in specific sites around Kaunas where Jews once lived. The work explores the language of Yiddish, spoken by the Ashkenazi Jews of Eastern Europe, and which was once a vibrant part of the sound world in Lithuania before the Holocaust. As a starting point, I’ve selected phrases and aphorisms which are sung and spoken both in Yiddish and translated into Lithuanian. These phrases disintegrate and slide into an abstract series of utterances of invented words which teeter on the edge of both meaning and meaninglessness. The listener is confronted with the erasure of a language and the impossibility of translating or fully restoring its original ‘life’.

11th Kaunas Biennial THERE AND NOT THERE: (Im)possibility of a monument