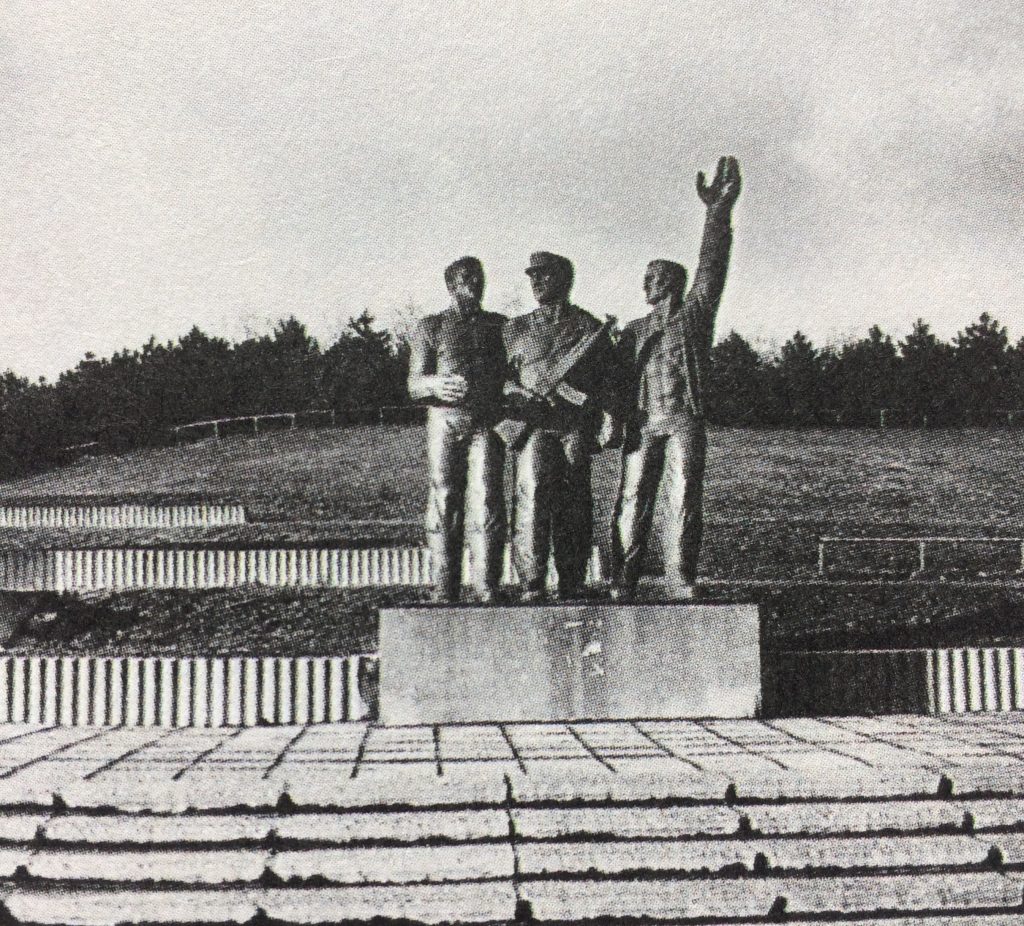 In Sophie Calle’s Detachment series (1996) each piece is constructed of three elements: a photograph of the place in East Berlin from which a monument has been removed, a textual record of people’s memory of the monument, and an archive photograph of the monument itself. The complex and poignant message of this work comes from the point where these three elements intersect.  Perhaps the most important are the memories – they do not only take the place of the monuments, they fill it with very personal, often opposing, meaning. Personal and particular to locations as they are, the comments of Berliners are also universal – they could be ours just as well. Between the reality of the absence and the concreteness of the past these memories live their own independent, sometimes improbable life.

8 pieces out of series of 12. Walter Kuna Collection

Sophie Calle (b. 1953, Paris) is a world-renowned conceptual artist. Her investigative artistic practice is at the same time poetic and strict, humorous and dry, sentimental and cruel, romantic and terse, honest and manipulative. She is always involved but always detached. Using image, text, narration and personal objects, her seemingly objective investigations of her own or someone else’s life are incredibly personal and often voyeuristic. She merges intimate and public, fact and fiction, art and life. In many of her projects she is dealing with absence – of loved ones who have left, paintings that have been stolen from museums, images that could no longer be seen, and monuments that have been removed.