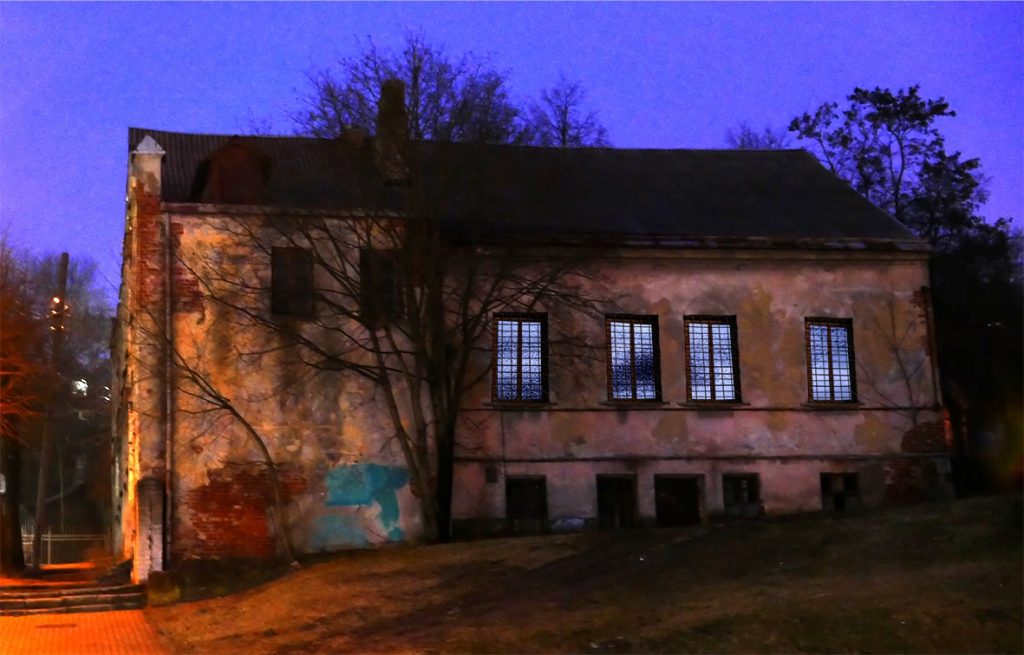 video projection and LED lighting. In partnership with Kaunas faculty of the Vilnius Academy of Art

A Murmuration is an evocation of that absence.

Definition of Murmuration – /məːməːˈreɪʃ(ə)n/
1. the act of murmuring: the utterance of low continuous sounds or complaining noises
The murmuration of the crowds — A. E. Richardson
Ceaseless, inarticulate murmuration of prayer — Frederic Prokosch
2. of starlings: (Zoology) a collective term for starlings
In the stackyard there was a great murmuration of starlings — Mary Webb

Origin
Late Middle English: from French, from Latin murmuratio(n-), from murmurare “to murmur”. The usage as a collective noun dates from the late 15th century.

It turns out that the beauty of murmuration movements often arises purely out of defence, as starlings strive to put distance between themselves and the predator. The starling is one of our most recognisable birds, but figures show that 40 million starlings have disappeared from the European Union… since 1980. (Royal Society for the Protection of Birds)