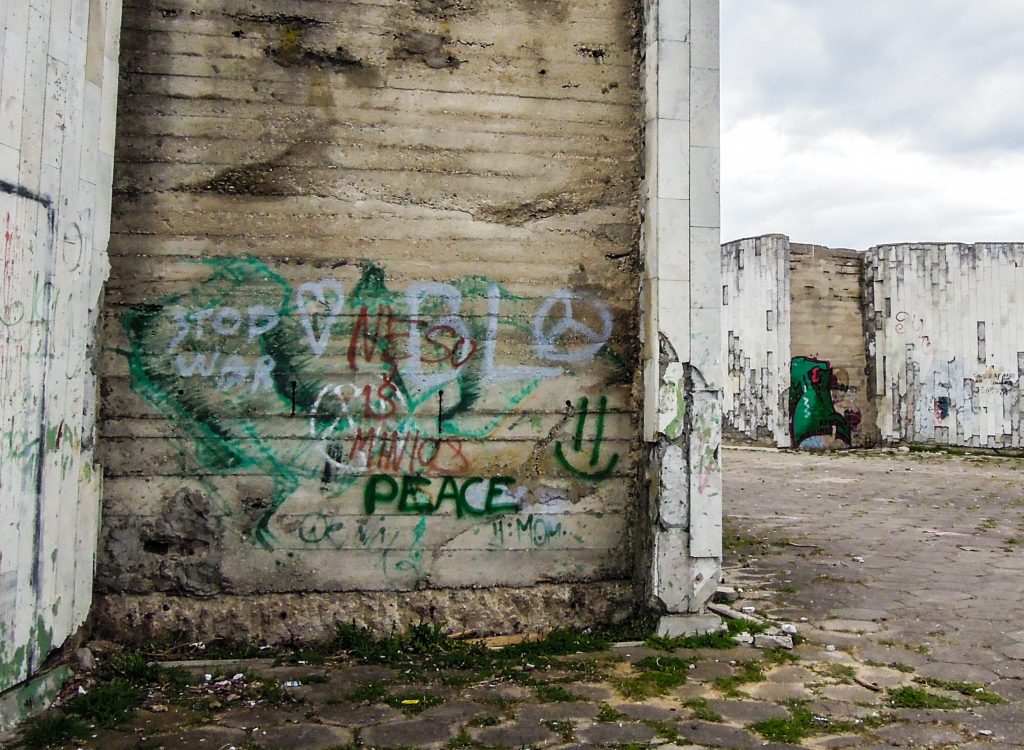 Sąjungos (Union) Square lies next to Vilijampolė – the old Jewish quarter of Kaunas that was turned into the Kaunas Ghetto between 1941 and 1944 during the Nazi Germany occupation. Almost 30,000 inhabitants of the Ghetto were murdered in that period, their houses destroyed and burned. In 1979, during the Soviet occupation, a monument to young communists who fought for the installation of the Soviet government was built on this site. In 1991, after Independence, the bronze reliefs of the monument were removed. Since then, only the dilapidated architecture of the former monument remains. In Vilijampolė there is no sign commemorating its murdered inhabitants.

Hoheisel made the most radical proposal to the 1995 competition for the Monument to the Murdered Jews of Europe in Berlin. Rather than suggesting another edifice to fill a void and allow everyone to forget it, he proposed instead, to create a void – to destroy a monument to German power, the Brandenburg Gate. Twenty-two years after this unrealisable proposal and a suggestion
that perhaps only perpetual irresolution of commemoration can keep the memory alive, Hoheisel and Knitz now ask in Kaunas: has the removal of a monument here made us remember or forget? Has it changed our thinking? Does it mean destruction cannot happen here again?