A monument for conflict: a true reconciliation is possible only if all histories are equally presented 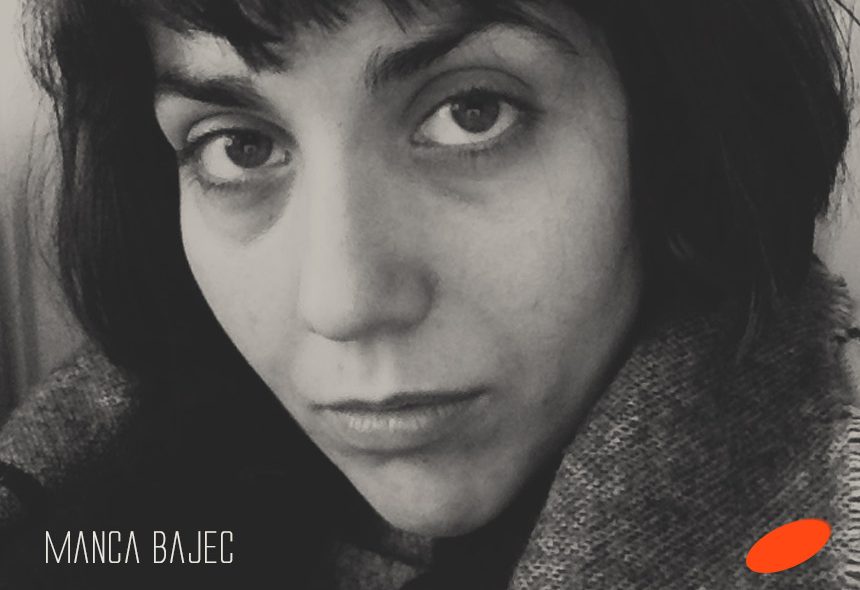 The Slovenian artist, curator and writer Manca Bajek focuses on different forms and possibilities of monuments and their meaning in post-conflict zones. She believes that monuments can have a very different impact on society, if only expressed in the right way they can remind us of certain things, encourage thinking and even participate in the process of reconciliation for those who’ve experienced the war or terror. In the following conversation we talk with the artist about the changing role of contemporary public spaces and the problems of monumental practice in post-conflict areas.

As an artist, curator and writer you’re mainly focusing on memory issues, public commemoration and the meaning of monuments in contemporary post-conflict areas. What issues do you find the most common in relation to monuments and public spaces in today’s society?

As public spaces become increasingly privatised, there seems to be a battle of some sort for what should be commemorated by the monuments that are being built and I believe we’ve generally become more careful about who or what the monuments we build are memorialising. Perhaps the greatest issue is that despite their seeming appearance of remaining public, these spaces are no longer open to the public in a way they once were, but rather feel as if they’re protected areas where rules and regulations control all the activities in the spaces they inhabit. There are some examples of spaces that are particularly interesting, such as the Memorial to Murdered Jews in Berlin or the 9/11 Memorial in New York, which are both very large spaces open to the public that have been consciously designed as places for commemoration. Critiques of people’s behaviour in both of these spaces has appeared recently and presents an interesting question in terms of how these spaces should be treated by people and whether the authorities should remain present in the spaces in order to ensure that a certain level of ‘respect’ remains. I also believe that urban landscapes are spaces of transition and changes that are inevitable. It seems natural that some monuments might no longer hold the same level of importance to new generations as they once did and therefore now possess a different value and purpose.

You’re also interested in what input artists have on history-making and historical revisionism. Could you tell us a little more about your thoughts on this subject?

I’d say it’s more the writing and/or recording of histories than the making of history. In post-conflict spaces, such as the former Yugoslavia, we have a number of different accounts of certain historical events that aren’t agreed upon by the different government bodies. Many truths are hidden, and there’s a desire to erase many events that occurred before and during the conflicts. I feel that through the arts we can approach and critique these methods, exposing events that would otherwise disappear from our collective memory. Artists have the opportunity to deal with topics in critical ways, in front of diverse audiences, opening up questions about the different histories that appear and disappear, recording and archiving, through their work, moments that might otherwise be forgotten.

In your works you talk a lot about the manipulative and ideological nature of monuments. Do you think that in monuments there’s more room for propaganda than in any other form of art? If so, why is that? What makes monuments so vulnerable?

I don’t necessarily feel that monuments have a manipulative nature, but they do have an extensive history of being used as propaganda. The historical background of monuments as public representations of political figures, heroes, etc., lends itself to the possibilities of their nature as tools of marketing for political regimes. Of course, because of their place within the urban landscape they’re more useful for this purpose than artworks that are placed in gallery spaces, which are visible only by a certain type of audience. Perhaps their vulnerability comes precisely from their public availability.

Monuments are meant to stand in for the voices of the majority but are often decided upon by an elite minority, which immediately positions them as objects that may in the future be confronted by revolutions against that political regime or perhaps become completely irrelevant to the point when they become almost ruins of a past civilisation, and their meaning a long forgotten moment in history.

One of the defining qualities of monuments is that they’re meant to be long-lasting. Who do you think should decide on what memories are supposed to be publicly commemorated as long-lasting ones and in what way?

Yes, monuments are meant to be long-lasting, especially when looking at conventional methods of monument-building, but as we’ve seen throughout this and previous centuries, many monuments are replaced, removed, or relocated because of political regime changes or as, in the case of the 1990s Balkan Wars, and with the recent war against IS, monuments and cultural heritage sites are destroyed.

Usually monuments commissioned by state institutions are conceptually decided upon by a board or several boards of individuals that are selected by the institution that is commissioning the monument. The memories and events that are selected as valuable enough for public commemoration can usually also be proposed to a council, however these decisions are usually made without public consultation or consensus. This is why we often find monuments within the public landscape that have little meaning to the generations living in the surrounding area. They perhaps once stood for an important moment, but they become unseen because of the nature of how urban landscapes are becoming built in spaces where people often walk through monuments without even noticing them.

I generally believe that the conventional form of monument-building might not be the best solution in our contemporary societies where economic difficulties find the public uncomfortable with large emblematic structures being built in their name using taxpayers’ money. Instead, there are others, less intrusive ways that monuments can exist, and where local communities can have a say about the nature of how and what should be memorialised.

As a person who grew up in a post-conflict zone, what do you think is a key to recovery and reconciliation? What part do monuments play in this?

I grew up in post-conflict Kuwait and later in Slovenia, although the experience of war there is very different because there were no visible remains of the combat and the war was very brief, but I saw a lot of post-conflict regions in the Former Yugoslavia. In terms of recovery of the urban and cultural landscapes, I feel that it depends on the political and economic situation. Regions recover from conflict in different ways, but economic growth is a big factor that allows a faster recovery. Criminal courts also play a big part in the process of recovery.

Reconciliation on the other hand is a considerably more complex process. We’ve seen many different attempts with many different opinions on the success of these attempts, for example various Truth and Reconciliation Commissions. Personally I feel that conventional monument-building cannot solely result in creating reconciliation, however it can contribute to the process, as can other methods of commemoration that employ artistic and cultural devices, such as theatre, workshops, public discussions and other community initiatives. The concept of reconciliation is complex and not easily measured on a scale of success or non-success. I often find it difficult to define what reconciliation is. We can absolutely talk about how countries continue a relatively peaceful existence but whether that is a result of a suppression of certain historical facts in order to ensure a state of peace, is often the question. Perhaps the question is whether a true reconciliation is possible if all histories are equally presented, and all opposing voices have the same rights to speak out about their victimhood. I do believe though, that in order to even start thinking about reconciliation and what that may mean for a specific region, we must begin by accepting that there are many complexities that can be more successfully approached by the equal collaboration of many different fields and organisations, both governmental and non-governmental.

11th Kaunas Biennial THERE AND NOT THERE: (Im)possibility of a monument